15 Amazing Future Technology Ideas that can Change the Planet

15 Amazing Future Technology Ideas that can Change the Planet

Space travel. Artificial intelligence. Neural networks. Modern technologies that were once the preserve of science fiction are being realized in labs around the world today. If realized, these ideas have the potential to change our lives in ways that few of us can even begin to imagine. The pace of scientific development worldwide is faster than ever, and ideas and future technology concepts can spread like wildfire via digital communication.

For this reason, we may be about to step into a new golden age of scientific development and be witnesses to tremendous progress in the fields of science, medicine, and space travel. Read on to see examples of future technology currently in action. These fantastic innovations could change the way we live our lives. What is more, these compelling examples of future technology could be bringing revolutionary changes to our lives much sooner than we might imagine.

Researchers working at Tufts University have already developed the first example of living robots the world has seen. The team adapted stem cells from frogs to create tiny “xenobots” just a single millimeter in size. So far, they have programmed them to swim and pick up items, which points to various powerful applications in future robotic technology.
We could use them to deliver medicine to a particular area of the body or help remove plastic particles from the oceans.

Okay, so it is not like we do not already have 3D printing around today. We have been tinkering with this technology for almost 40 years. However, like other new techs, designers are just starting to explore the process’s true potential.
Scientists are working on using 3D printers to create working organs suitable for human transplant operations. 3D printing could also make vitamins and food catered to a person’s specific nutritional requirements. It would be of little surprise, if 3D printing accounted for most manufacturing processes for cars or future space technology.

Scientists have recently discovered a way to bind artificial neurons to silicon chips. These chips have the power to conduct electric signals just like the way our nervous system functions. These silicon-neuron chips can be implanted into the human body. They could prove revolutionary for the future of healthcare technology in treating conditions like Alzheimer’s and certain kinds of heart problems.

Read any future technology predictions, and you will see a boom in startup companies looking to develop lab-made meat that looks and tastes just like the real thing. As of today, you can purchase foie gras that has been artificially grown from chicken liver cells. Artificial meats from sushi are in development and could pave the way to more environmentally sustainable food supplies in a world where animals do not need to be grown and killed.

The University of Colorado Boulder designed something they have described as “living” concrete. It is a combination of gel, sand, and bacteria, and could create buildings that can heal structural damage and safely process air pollution. They could even generate light with the proper design.
The scientific community is making big future technology predictions for this design, and living concrete could be the foundation for the greener cities of tomorrow.

While high-speed bullet trains have been around for years, new future technology is taking the concept of transport to a whole new level. A new Hyperloop project is being tested in the US that will make interstate traveling a matter of minutes rather than hours.
The design incorporates a passenger pod traveling through a low-pressure vacuum tube. Integrating magnetic levitation systems and streamlined design would travel faster to rival commercial airlines and could be a much greener way of traveling long distances quickly.

This tech sounds like future technology straight out of a science-fiction blockbuster. However, the mysterious Neuralink Project may end up succeeding in its mission to computerize our brain activity and put future technology in homes. Once the device is in place, it allows the user to complete digital operations like turning lights on or off or reading the internet just by thinking of it.
As well as domestic, commercial applications, there are hopes that this future technology can help us treat blindness, memory loss, paralysis, and even help prevent strokes. If these brave goals get accomplished, humans and computers will be a landmark to achieve true symbiosis. Who knows? It could one day be the future of technology in education, with students downloading knowledge directly into their brains.

Taxis that can fly are set to be accessible to the public as soon as 2023. Uber is planning to trial a vertical take-off and landing vehicle developed by Hyundai in Los Angeles, Dallas, and Melbourne. It can travel 60 miles from a single charge and fully recharge its batteries in just 7 minutes. Other firms like Toyota and Google share similar future technology predictions and are developing their own flying cars. Expect to see them becoming the new normal very soon.

As the Internet of Things (IoT) continues to balloon, it will start impacting every aspect of how our cities run. A fully functioning smart city would have every phone, car, home, and building communicating across a unified network. This future technology could help reduce waste, optimize transport networks, and make traffic jams outdated.

Scientists and engineers are sweating their eyebrows, making exoskeletons with both military and commercial applications. Technology developers design them to work as augmented prostheses worn by workers or soldiers to help improve strength and carry out manual labor more efficiently.
The Ford car manufacturer already introduced exoskeletons to a portion of its workforce in 2018 to help them perform difficult overhead work more comfortably. Exoskeletons are a strong candidate for entering labor-intensive workplaces shortly.

As the world’s population continues to rise, along with people’s life expectancy, innovative food sources will have to align with future farm technology. Some branches of science believe that farms floating off our coasts and, in our rivers, could be the answer to this problem.
Tall, multilayered structures powered by solar energy could suspend crops in water instead of soil, with nutrients fed directly to the plants’ roots. It would be an efficient future technology solution to food shortages and can be accomplished without developing at the expense of existing green spaces.

We are all familiar with Wi-Fi data networks, but recently experts are looking into traffic energy using light waves rather than radio waves. The spectrum of visible light is many thousands of times greater than radio to provide much greater bandwidth. It will be some time before this becomes commonplace, but the scientific community may embrace the future of internet technology much sooner.

Researchers at Missouri’s Washington University have discovered how to turn regular bricks used in construction into “smart bricks” to retain energy like a standard battery. A device, known as a supercapacitor, uses a coat of conductive material that seeps into the brick. The brick turns it into a primitive electrode cluster that can store energy. While still in the proof-of-concept stage, this future technology already packs a tremendous amount of potential.

Students at the UK’s Loughborough University have designed an artificial guide dog to help visually impaired people who may not keep a real dog. It has a few advantages over a dog, as it can use programming and GPS data to help with advanced route plotting for its owner. The high-potential future technology concept could be beneficial and has lots of fail-safe functions built into the design in the event of having to cross a busy road or other hazardous activities.

At the University of Glasgow in Scotland, engineers have developed a new supercapacitor for retaining energy. It uses the human body’s natural sweat instead of the electrolytes used in ordinary batteries. A thin film of polymer covering the supercapacitor will absorb the sweat, which produces a reaction of negative and positive ions to create energy. This battery of the future does not require toxic materials and is safe to dispose of, which could mean less harmful waste substances dumped into landfills.

This handful of examples of future technology predictions that soon could be part of our everyday lives. Upcoming tech is our best hope for solving some of humanity’s most pressing problems, such as climate change and food shortages. Without the innovations provided by the scientific community, there will be no way for us—as species—to progress, and any complacency could lead to the planet’s downfall.
It is good news, then, that across the world, the brightest minds are dedicated to bringing us into a world of future technology that can change our lives for the better. This article covers a tiny fraction of all the exciting innovative ideas and concepts in development. So, there are some stories about cool future technology that we have missed here? If there are any exciting breakthroughs that we do not know about, please let us know in the comments section below. 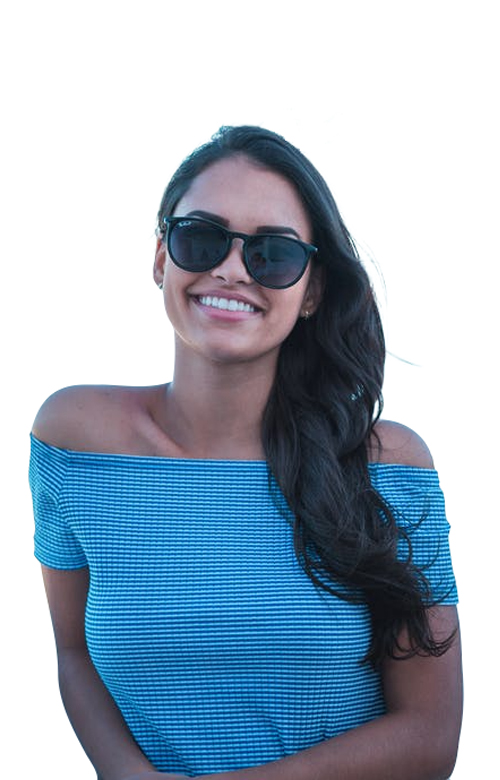 Emily Moore is an English teacher with a passion for space and blogging. She believes that current exploration should be focused on preserving our planet’s resources. With satellites circling the orbit, it is easier to get relevant data on any environmental changes. This, in turn, should help people quickly address any challenges.

The internet is no longer a web that we connect to. Instead, it is a computerized network and interconnected world that we live in. This is the future, and what we’re calling the Internet of Things.

Content evolves at a steady rate; can we keep up with the high pace of digital evolution? New technology has continuously changed how we exchange and perceive information. We demand...

As a relentless proponent of the Agile methodology in software development, the time and material model has a natural blend to our work practices. We like the flexibility it brings...

You might think that because you are operating a small business and appealing primarily to a local audience, your website has nothing to offer for intrepid hackers. Unfortunately, this couldn...

What Is Microsoft Dynamics 365?

Due to the complexity of problems in need of a solution, the search for the perfect CRM and ERP solutions can seem to be a never-ending process. There are tons...

Before you become too entranced with gorgeous gadgets and mesmerizing video displays, let me remind you that information is not knowledge, knowledge is not wisdom, and wisdom is not foresight. Each grows out of the other, and we need them all.

How far has AI gotten so far?

In the movie The Lawnmower Man, a mad scientist is doing experiments on the mind of a gardener, Jobe Smith. After a series of drugs and deep dives into virtual reality, Jobe, already a much smarter version of himself, says: “I realized that nothing we have been doing is new. We have not been tapping into new brain areas - we have just been awakening...
Read More

We are several decades deep into the Digital Era, and content marketing has become an invaluable tactic for a successful business. Implementing top content marketing strategies is a sure way to deliver informative and high-quality content that can drive targeted customers to your website. Unfortunately, content marketing presents an array of tough challenges, and many business owners and marketers quickly learn to include them on...
Read More

What Is Microsoft Dynamics 365?

Due to the complexity of problems in need of a solution, the search for the perfect CRM and ERP solutions can seem to be a never-ending process. There are tons of companies offering the only ERP solution you’ll ever need, or the best CRM solution on the market, but, in reality, it is hard to tell which one fits that bill.If you’re looking for a...
Read More