When you design the User Interface (UI) for an app or a website, the UI elements play a crucial role in how your users will interact, experience, and engage with your app.
Functional and more appealing UI elements equal more downloads and active users, better retention rates, and better lifetime value (LTV). The web has thousands of examples that prove this delicate relation between visuals and the success of brands.

There are many ways you can employ UI elements and improve the design of your mobile app. Therefore, a primary objective in app development is to make enjoyable interfaces by incorporating practical UI elements in its design.

What Are UI Elements?

User Interface elements are all parts developers use to create a beacon for users where app features perfectly match their intent. To align users’ expectations and practices to your interface is a complicated and ever-changing process. It usually goes the other way around – you adapt your UI to how human perception develops. The ultimate sculptor of how your interface influences the growth of your business is not in the hands of your UI designers – but your end customer.
When designing the interface, there is always a massive dose of interactivity at play. From the user’s perspective, interacting with the mobile app involves all kinds of buttons, scroll bars, menus, and checkboxes that are intuitive, easy to understand, and perform the assigned task. All the elements involved must be intuitive as standalone items, of course, but most importantly, they have to make the most sense as part of a bigger picture. They must be an inseparable part of each other, as readily recognizable as the brand itself. A tough job for all designers, no doubt – but what about the role of developers in setting the perfect UI?
The developers’ task is to anticipate what actions the user will perform when using the app features and ensure that all the UI elements provide the ultimate support in completing those actions, most straightforwardly and enjoyably.
UI design is very tightly related to UX (User Experience). While UX is more about the analytical and logical side of designing interfaces, UI is more about the visual side. But it would help if you had the combined effort of both to build out the best environment for your users.

Mobile apps provide interaction by implementing a touchscreen GUI (Graphical User Interface). Graphical UI elements are the most convenient method for user interaction with mobile apps because they are self-explanatory and add to both the app design value and functionality value.

Common Ways to Add UI Elements to Your App

Regardless of which OS you are using to build a mobile app, you can approach UI design using existing UI elements for Android and iOS or implement some level of customization depending on user needs.
For example, to build a simple interface consisting of a text box and a button, and Android developer will use the Android Studio Layout Editor. Additionally, your design team can build a compound component by controlling the existing component arrangement on the screen.
XCode, the IDE (Integrated Development Environment) for macOS and iOS, contains a built-in Interface Builder that iOS developers can use to design interface objects and construct graphical user interfaces. Also, there’s a fundamental difference between macOS and iOS that changes the UI game completely. While macOS relies on how you interact with an interface using a mouse cursor, iOS is about interactivity through a touch screen.

I If you decide to reinvent a UI interface from zero, start by developing a UI component design system that will bring together design and code into a unique concept representing mobile app branding. The UI component design provides consistency in patterns, text styles, colors, and assets. Whenever you take a job as hard as building up a complete component inventory from the ground up, consistency is detrimental.
Keep in mind that the terms’ components’ are ‘elements’ are sometimes used interchangeably, but they do not carry the same meaning. A component is a group of logically related elements, ready to participate in another, completely different part of the application. UI elements are the building blocks of components.
Today, it is not as common to build UI elements from scratch because mobile app developers have ready-made UI component libraries to create unique features. Although these libraries are based on a rich history of UI development, they usually undergo a heavy modification, before they become what the initial plan intended.
UI libraries are modular and versatile, which means that you can use them in various ways. As essential building elements, they are the Lego blocks of UI you can use to build unique layouts for different mobile apps, leaving the actual outcome limited by pure imagination.

Platforms and frameworks like React Native, Vue, and Angular have their own sets of UI libraries that you can customize. JavaScript UI libraries are a popular way to add UI elements when your customer base is not strictly web or mobile, but both.
Using open-source UI libraries requires substantial knowledge of how they perform in complex mobile app systems and how they support Google and Apple design guidelines. Therefore, you need solid preparation to compile everything available into one neat, appealing UI concept that serves your customers better than expected.  Using UI toolkits, you simplify the UI design process and shorten the time to a ready mobile app. If you are running short on time, a UI kit will add rather than extract value from your project. Always think of UI elements in terms of responsiveness, efficiency, and accessibility to improve the critical success metrics for your mobile app and turn potential customers into loyal fans.
If you like this article, feel free to check some of our other blogs dedicated to best UI/UX practices. 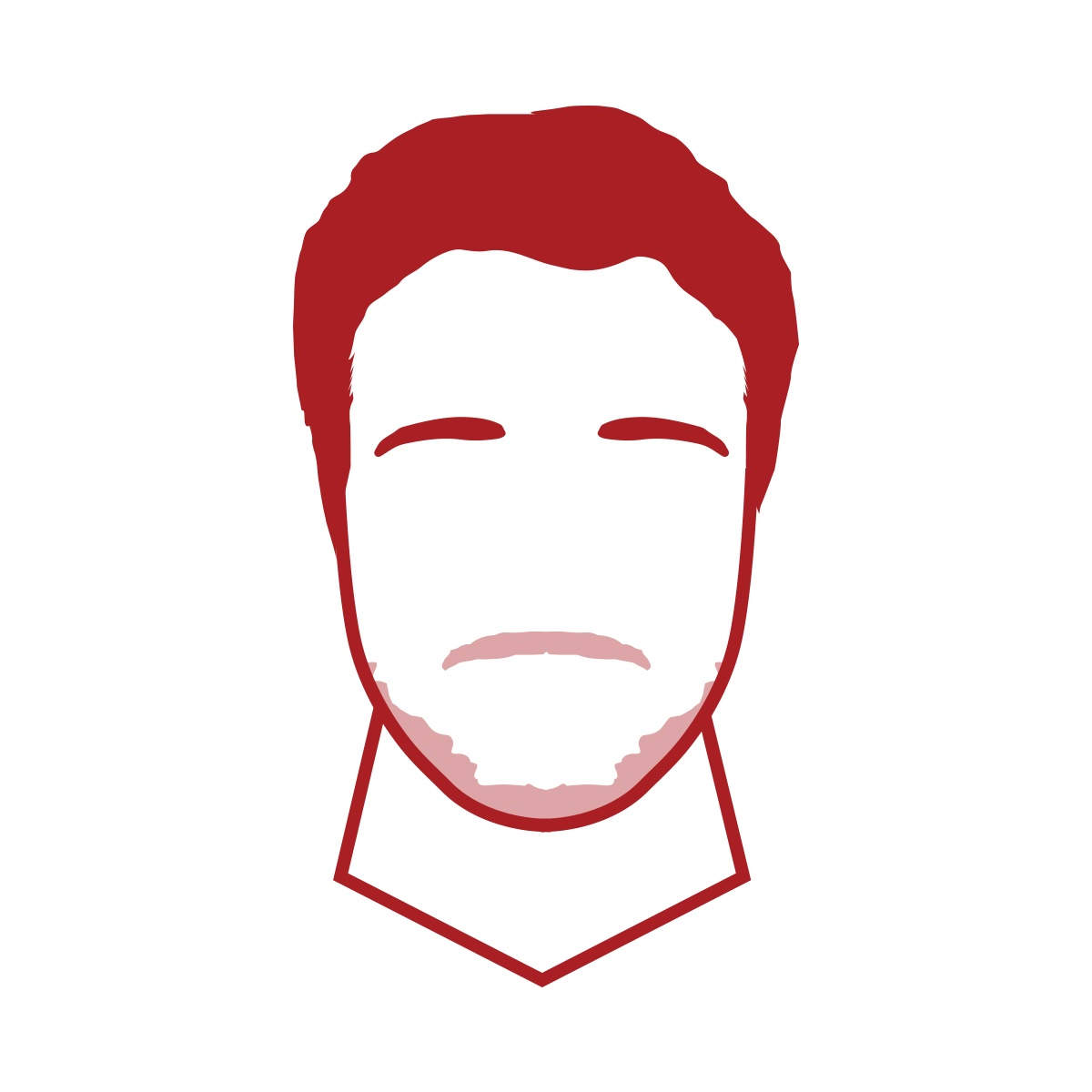 With a background in journalism, Michael’s passion lies in educating audiences in the realm of tech. He is especially intrigued by the world of app development and all associated facets, including Android, iOS, blockchain, and App technology. Michael has spent the last few years working with app agencies to elevate their content strategy and expand his knowledge even further as app development technologies advance. When he’s not typing away at his computer, you can find Michael traveling the globe or taste-testing pizzas in search of the ultimate pie.

Like all forms of design, visual design is about problem-solving, not about personal preference or unsupported opinion.

The Definition Of Done (DoD)

All the arduous work put into any product development leads to the ultimate step; client satisfaction! Your team has tried their best, and now you must answer the most ambiguous...

How Field Service Automation Can Better Your Customer Service

Retaining customers is a challenge for most industries, but more so in the field service industry. Unlike other desk-based professionals who have complete access to customer history at the click...

The Pros and Cons of Hybrid and Remote Work

Early 2020 predictions suspected that a quick recovery from the pandemic is a myth. Two years later, employees and employers still carry the scars of a fierce ongoing battle. Some...

Sixty million US households have ordered do-it-yourself Covid tests, according to CNBC. This news comes as a relief ever since hospitals began overflowing with quarantined patients. Although USA polls show...

Nowadays, video calling technology has become the essential means for communicating, primarily so due to the rapid developments that it has gone through. FaceTime from Apple provides you with a...

COVID-19 has turned our lives 360 degrees, and the physical world of ordinary people’s interaction seems like a distant thing from the past. Almost every sector of our country’s economy is getting affected directly or indirectly.If the pandemic has brought anything good, it’s the advancement of technology. The amalgamation of technology with human lives has been more than ever. Due to the lack of physical...
Read More

With the dramatic increase in remote workers all over the world, it is hard to believe that businesses were still doubting this way of working as recently as a year ago. For many businesses, the shift to remote work was a means to resume operations until it was safe to go to offices again. Although remote office quickly became the norm due to post-pandemic conditions,...
Read More

A good layout makes users stay on a site because it makes important stuff easily accessible and intuitive to find. A lousy layout frustrates users, who leave because they can’t find what they are looking for. In web design, a layout is a term that explains how a website is displayed on the screen. HTML 5 has quite a few elements that define parts of...
Read More