Object-Oriented Programming, also called OOP, is a high-level programming model different from procedural and functional programming most developers learn and work it. This model of software programming focuses on data and objects rather than functions and logic.

Difference Between Object-Oriented and Procedural Programming

Procedural programming is the most common type of programming used in languages like JavaScript and Python. It is the most widely taught and the first style of programming most developers encounter.
The code for procedural follows a top-down approach of logical steps and algorithms. It separates data and procedures. These procedures are called functions, routines and subroutines.
Object-oriented programming on the other hand is a programming paradigm where computations are carried out on objects and data together. OOP makes use of classes to create new objects and instances.
One difference between OOP and procedural is that OOP uses principles like abstraction, inheritance, encapsulation and polymorphism, making it more secure than procedural.

A class is a blueprint of an object. They are the building block of OOP. They represent all the categories of an object and define the methods attached to an object. An instance is a specific object created. A class describes an object.
When an object is created, we describe its action and properties with a class. Since objects are real-life simulations, there could be many instances of the same class.
Let's say we have a dog in our program. There are thousands of dogs in the world and of different breeds, sizes, color, weight and height. We would need to create a class called Dog. This class would be the blueprint of a dog, having the physical features of a dog and the methods associated with it. Our dog will be an instance of the class of Dog.
To create different instances of a dog, rather than re-writing from scratch, we will use the blueprint of Dog to create as many dog objects as we want.

Classes are usually created by using the keyword class followed by an initializer or constructor. In Java, the constructor is defined using the access modifier and it takes the name of the class but without a return type.
In Python, the keyword __init__ is the class constructor and it is called when we create an instance of a class.
Here's an example of a Dog class in Java and Python.

An instance is an individual or specific object created. An object, MyDog that belongs to a class Dog is an instance.
Methods in OOP are actions to be performed by an object. They are binded (binding is the association between a method and class) to specific classes and can be in-built or custom. In-built methods are methods pre-defined by the language like len in Python that calculates length. Custom methods are operations written by the developer to be performed on a class.
Methods are to OOP what functions are to procedural. They are reusable and can be inherited.
Properties are like variables. They are the description of an object. For example, a dog has size, color, weight, and height. These attributes are the properties of the dog.

OOP has four major fundamental concepts or principles. Understanding these principles and how they work is the first step to understanding OOP.

Inheritance is a concept that allows the creation of new classes from an existing one. The inherited class becomes a subclass or a child class of the parent or super class. There are several types of inheritance,

When a class is inherited, it has all the same fields and methods of the super method in addition it's specific methods and functionalities. Inheritance makes a class DRY (Don't Repeat Yourself).
A practical example of inheritance is the relationship between a parent and it's parent. When a child is born, it inherits some genes from it's parent but it is also a distinct person with it's own unique traits.

Also called data hiding is an important aspect of OOP. This concept puts restrictions within a class to keep the data and code tied together and safe within a single unit. With encapsulation, properties and methods cannot be easily accessed and this prevents accidental or non-approved modification of data.
A practical example of encapsulation is a company with different sections. A manager in the sales section does not have access to documents in the accounts section. To get the files there, the sales manager would have to request for access from the accounts section.
A class is an example of encapsulation. All of its methods, properties and variables are hidden within the class itself. Access modifiers - either public, private and protected, are required to determine the type of access to a code.

Abstraction is a concept that allows us to hide internal details from external influences. It is the representation of complex things in a simpler way.
In abstraction, the internal mechanisms of a program are hidden and any other implementation code. Only relevant details are revealed. It is used to create a boundary between the application and the user.
A practical example of abstraction is logging into a website. When you provide your name, email and password in a form, you are not privy to the nitty-gritty details of server and https protocols and how your details are authenticated. All you have is a login success or error message.

Polymorphism is the ability of different objects to take on different forms in response to one code. Polymorphism models the real-life social environment where different persons could react in different ways to one action. It allows us to define one instance and have multiple implementations of it.

This is the primary and default modifier. When a class is defined as public, it is accessible to every other class set as public and to classes of other access modifiers too. It has no scope restriction. If there's a need to debug a public class, the bug could be from anywhere and any package in the code.
A developer who doesn't want his code to be modified by just anyone but still wants other processes to read the data can make his code protected or private but set with a public function.
In Java, a public class is set by the public keyword with the constructor. In Python, all classes are public by default unless otherwise stated.

Protected methods can only be accessed by the class they are defined in and any other sub or inherited class. In Java, protected classes are defined with the protected keyword in the constructor.

In Python, protected classes are defined by adding a single underscore (_) as prefix to the variables.

A private method is one that is available only to the class it is defined in. Private methods are usually the easiest to debug as bugs are contained only within the method. In Python, two underscores (__) are added as prefixes to the variables to make a method private.
In Java, interfaces and classes cannot be declared as private, only nested classes can.

Despite its very unique advantages - reusability, maintainability, faster development, high quality software and improved software development productivity, OOP has been criticised by some developers. They attack its steep learning curve, bloated code (due to misuse of inheritance) and shared mutable state. 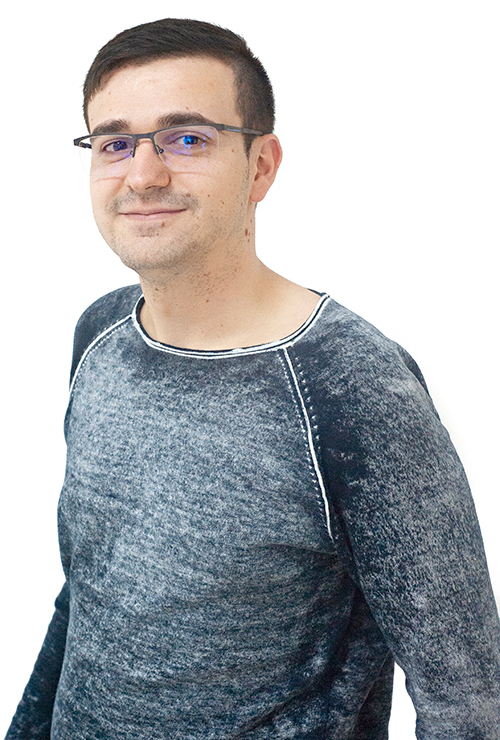 Ivan is an extremely intelligent and knowledgeable professional with a hunger for improvement and continuous learning. Being versatile in a number of programming languages, he picks up on new tech in a matter of hours. He is a person that masters challenges by investigation and clear, structured execution, bringing in his experience and innovative ideas to solve problems quickly and efficiently. Ivan is also a Certified Shopware Engineer.

Proxy servers are intermediaries that separate end-users from the destinations they browse. They connect the user and the internet and filter the connection between a device and the internet. When...

This year, 2.14 billion people purchased goods online. While the high purchasing power of consumers can be a positive factor, it also poses risks to existing eCommerce websites. They will...

The must-have features for B2B Commerce

B2B outgrew its predecessor, B2C long time ago. Initially, it was the consumer that companies targeted directly. However, business-level collaboration directly benefits the end client too. Merely a child of...

When thinking about the security of passwords, use a simple rule: create secure passwords that make sense to you, but not to others. Most people not familiar with security concerns...

A few years ago, having a UX Strategy was an unthinkable move. Traditionally, analysis and research efforts were channelled towards the products, rarely on what the user experiences. Clients and...

Business Stakeholder: I would like to have this done by tomorrow.Developer: As we work in Scrum we can do it no sooner than in the next Sprint, sorry. And please contact our Product Owner to follow up on your request. Often this is how the journey begins: Scrum, Sprint, Product Owner, and the set of all the other strange-sounding terminologies.Business Stakeholder: And how come they...
Read More

Sixty million US households have ordered do-it-yourself Covid tests, according to CNBC. This news comes as a relief ever since hospitals began overflowing with quarantined patients. Although USA polls show most people are displeased with voluntary vaccination, this is half the country’s official households. Besides, these are the official records of test kits shipped only through the newly created government website. Tens of millions of...
Read More

Your Android phone is running slow. Here’s how you fix it!

It has a year since you got your new Android phone and you used it every day since. Suddenly you noticed that it starts slowing down and, sometimes, even becomes unresponsive. Sounds familiar? You are likely one of the 80% of users who experience the same phenomenon. So, what causes a once so fast device suddenly losing that much of its performance? What makes millions...
Read More