Read about the new Core Web Vitals metric Google is creating, from its intent to replace First Input Delay (FID) to how it will likely take form

In recent months, Core Web Vitals may be the single most discussed change in the Search Engine Optimization (SEO) world. These new metrics mostly continued to promote Google’s insistence on pages delivering an excellent user experience. However, they also provided new benchmarks for webmasters to adhere to and inform their choices, and also hinted at massive SEO implications. Now, only a few months since their initial rollout on mobile devices, one is already set to be replaced. So, let us explore this new Core Web Vitals metric Google is creating and how it may affect web development.

To contextualize this change, let us first briefly summarize Core Web Vitals themselves.
Web Vitals, as well as their Core subset, serve to help webmasters gauge their websites’ User Experience (UX) and performance. However, only the Core subset informs Page Experience – along with some other metrics, one of which was later removed. It was likely this initial state of affairs that caused some confusion in the SEO world early on. Thankfully, web development experts can help with this distinction now and inform your course.
Still, for context and clarity, let us briefly outline this distinction ourselves.

Each of these metrics gauges a different aspect of a user’s interaction with a website, from the first click to the first input and visual cohesion. Addy Osmani’s following illustration explains this very well:

However, not all of these are equally impactful or equally within webmasters’ direct control. That’s arguably why, as we’ll discuss below, they don’t all affect Page Experience.

Unlike their broader group, Core Web Vitals do – along with some other metrics. These measure specific, highly perceivable aspects of users’ experience, not peripheral factors like TTFB or TBT. In brief, they are the following.

LCP measures the time between when a page first starts loading and when the largest image or block of text becomes visible to the user. Google explains that it effectively gauges perceived loading speed.

FID measures how long it takes for a page to first become able to process user input, such as a click or tap. Google explains it effectively gauges perceived responsiveness – and it’s the way it does so that informs the new Core Web Vitals metric Google is creating.

Finally, CLS measures a page’s visual stability by assessing how many layout shifts occur within the user’s viewpoint as the page loads. This is the most technical one among Core Web Vitals to gauge, as its score comes from a formula, not a static time measurement.

Lastly, Page Experience takes Core Web Vitals into account, as well as mobile-friendliness, HTTPS, and interstitials. “Safe browsing” used to be among them, but has since been removed.

It is this effect on Page Experience that, arguably, fueled many concerns. That is, either adding another metric or replacing one would immediately domino into Page Experience and, in turn, SEO.

With all this in mind, the new Core Web Vitals metric Google is creating is set to replace FID specifically. Initial speculation included a simple addition instead of a replacement, but Google had already been considering replacing FID since June.
To better grasp the reasons behind this and inform our predictions on this new metric, we may take a closer look at Google’s own reasoning behind this over time.

Why FID was chosen over the alternatives

Google explains why FID was chosen as part of Core Web Vitals in similar terms to ours. Put simply, FID was the closest approximation to the actual user experience, while the other adjacent Web Vitals were not. Specifically, they say:
“We believe it is important to measure actual user experience in order to ensure that improvements on the metric result in real benefits to the user. We chose to measure FID because it represents the part of the user experience when the user decides to interact with a site that has just been loaded.” That is not to say the others could not inform website improvements, only that FID was seemingly the best for the job.

However, FID proved to be lacking in this department. It did measure perceived loading speed, but it faced two distinct challenges:

WeAreUV and SearchEngineJournal, among others, cite an HTTP Archive Almanac writer who explains the latter:

“FID is very good for most CMSs on desktop, with all platforms scoring a perfect 100%. Most CMSs also deliver a good mobile FID of over 90%, except Bitrix and Joomla with only 83% and 85% of origins having a good FID.”
This, WeAreUV correctly argues, presented a crucial issue. Namely, that this state of affairs made FID largely meaningless:


“It has become a competition where everybody wins and thus nobody wins and nobody gets credit for sharing the gold medal. […]If 99% of content management systems are awarded top scores, what separates them? What is the use of a metric that cannot distinguish anything?”

It is this combination, then, that likely led Google to replace FID with a new metric “that extends what FID measures today yet still retains its strong connection to user experience”. It could neither fully reflect the user’s experience, nor distinguish good pages from bad ones. It evaluated a metric that everyone could ace, in turn measuring nothing of significant substance.

So what is this new metric?

All that said, we cannot fully know what this new Core Web Vitals metric Google is creating will be. We do know they intend to replace FID with it, however. We also now know what they intend to achieve, via their above article, and may extrapolate meaningful conclusions that way.
Their explicit goals with this new metric are the following:

This narrower scope of FID seems to be the primary drive behind this new metric. It only measured input delay specifically, not “broader end-to-end latency of an event”. As such, it could not accurately capture the exact perceived loading speed, as it failed to account for the “various stages in the lifecycle of an event”:

As such, we may reasonably expect a more holistic speed and responsiveness metric. It should still be one that measures input delay, but it should seek to do so more expansively.

Thankfully, Google has remained notably transparent about this new metric’s progress. In November, they published an article that outlines said progress and the alternative approaches they’re considering.
We may consolidate the information within it down to the two distinct fronts that follow.

#2 Aggregating all interactions per page

Next, Google is considering the following strategies to aggregate interactions and delay therein:

Evidently, lots of careful deliberation has gone into this new metric. While it is still being calibrated, it seems to be explicitly addressing FID’s shortcomings and building on its strengths.

Google is looking for your feedback

Finally, Google is actively looking for webmasters’ feedback on this developing metric and their current alternatives – including through Twitter. Should you be interested, they offer the option to do so in their above article as well, with very simple instructions:

“We want to encourage developers to try out these new responsiveness metrics on their sites, and let us know if you discover any issue.

Please also email any general feedback on the approaches outlined here to the web-vitals-feedback Google group with “[Responsiveness Metrics]” in the subject line.”
Webmasters may not fully emulate all such alternatives yet, unfortunately, but they do offer a JavaScript code that may gauge some. Of course, even theoretical feedback seems to be most welcome as they fine-tune this metric for implementation.

In summary, the new Core Web Vitals metric Google is creating did come at a rather challenging time, as SEOs were still adjusting to the recent rollout’s changes. Still, all the available information, including Google’s explicit goals and progress reports, establishes it as a replacement for FID. It should thus continue in the direction of the current Core Web Vitals, while expanding on FID’s intended purpose. It may be too early to gauge the impact it will likely have across SEO and web development alike. But, thankfully, we know that it will specifically spearhead responsiveness and speed – the qualities webmasters already strive for. 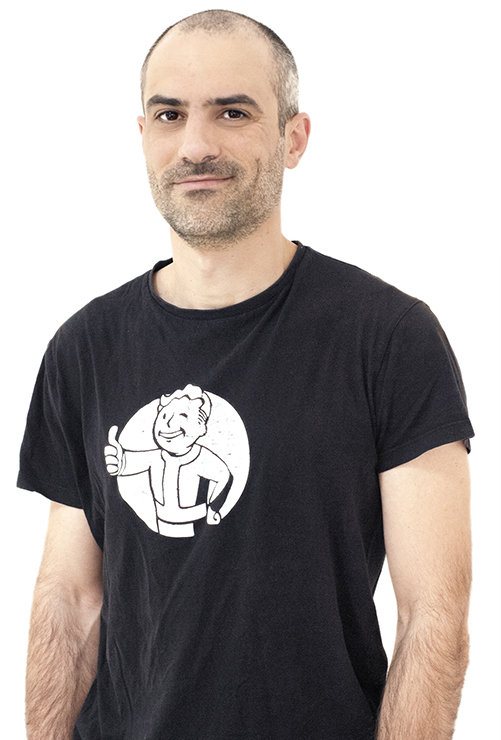 Yuliyan is a marketing specialist with a multi-faceted background. He uses technologies to create content and manage information flow.
His content strategies are backed by years of knowledge and experience coming from applied tech solutions. Goal-oriented and dedicated to producing high-quality output.
Solving problems from the perspective of all stakeholders involved is an essential part of his work ethics. He believes that great solutions come as the result of an ingenious fusion between technologies and present demands.

User interfaces has come a long way ever since the first hand-held devices. Today, with mobile phones gaining the status of everyone’s trusty gadget, interfaces have grown to evolve in...

The recent development in eCommerce seems very substantial, even without considering the consequences of the pandemic. A lot has happened in recent years on the scene – new technologies replace...

Sixty million US households have ordered do-it-yourself Covid tests, according to CNBC. This news comes as a relief ever since hospitals began overflowing with quarantined patients. Although USA polls show...

The bits, the bytes and the quants

Quantum computing has been an infant technology for a while now, and it would take more time for it to become an inseparable part of our lives with the intensity of technologies like smartphones or the Internet of Things. Before going into the nitty-gritty of quantum computers, we need to set straight the difference between them and the computer you are now using to read...
Read More

Spring brought the much-needed sunshine along with our next team of inspiring young developers. We are very excited to tell you about our newest internship team and how our program contributed to pushing future talents toward mastering their true potential. Project Scope The internship team decided to develop an application that aids people in finding a team member for various projects and activities. They built...
Read More

Technology trends in 2020 worth checking

We believe that one or more of the tech trends we selected to review here will have a major impact on business by the end of 2020. Some of these concepts are not brand new, but recent developments have nudged their influence high enough to turn them into lucrative playground for smart entrepreneurs. Although these technologies are digital by nature, the industries they affect are...
Read More