Red Hat has brought a prominent set of all-round gains for business: platforms for the operating system, web services, software products, support management, training, and advisory services. In addition to these, Red Hat manages and develops several other open-source projects. Via company mergers and acquisitions, this insightful company has bought several databases of proprietary software products.

Red Hat published that under open-source licenses and used an elaborate development model in their core strategy. The open-source approach is something we, here at CodeCoda, practice, and preach. We are always happy to see how progress comes as the result of a community effort of thousands.

What is Red Hat Linux? What is it used for?

Linux is an operating system, an open-source operating system in particular. The most significant aspect that separates Linux from the related OS is its license. Linux is published under the GNU General Public License, meaning it can be run, updated, and shared by anyone.
As an independent developer, you might reallocate and sell the altered code, although you must do it under the same license rules. Functionality such as this, popular operating systems such as Linux, Unix, and Windows seem to be patented and unalterable, but the specific license rules vary significantly across different OSs.

What is Red Hat OpenShift?

Companies use Microservices and Containers in hybrid cloud architectures to speed up their systems’ development and deployment. They first must find the correct medium to achieve this. The Kubernetes network is Red Hat OpenShift, which offers a stable base. It provides the functionality, such as hybrid and multi-cloud applications, required by organizations today. Red Hat OpenShift is a framework that encourages corporate software teams to build new technologies and introduce them. These teams will also benefit from hundreds of solutions, such as security and scanning, provided by Red Hat’s eager new partners.
To quickly sum up, Red Hat OpenShift is an open-source cloud application framework built on the Kubernetes container editor for business app development.

What is a Red Hat container?

It depends on who asks for it. If you are an expert in systems, it could mean that, compared to virtual machines, it is a system you can take to any setting, easy to control and use, and run on a shared kernel.
For developers, it could be an easy-to-use program. They can obtain all dependencies in a single package and implement them into any framework in seconds.
Or we might suggest that advanced technology is going to overtake virtual machines.

What are the differences between virtual computers and containers and their benefits?

When compared to containers, virtual computers have certain drawbacks. A need for a specific virtual machine CPU, fixed memory, and high energy utilization are the most significant ones. But let’s look at the

For next-generation business applications, Red Hat Enterprise Linux 8.3 provides a more robust environment by integrating IT network operators’ stability through cloud-native creativity. New performance profiles and optimization, improved security capabilities, and enhanced container tools are some of the most recent enhancements added to the platform, which is now a cornerstone for critical business technology.
According to Red Hat’s Enterprise Open-Source Study, sixty-three percent of the companies analyzed currently use hybrid cloud infrastructure. Besides, half of this group did not intend to use the hybrid cloud architecture every two years. Linux is also used as a base for hybrid cloud applications, providing a standard operating framework for several platforms, from physical servers to cloud infrastructure deployments.
The world’s leading enterprise Linux platform, Red Hat Enterprise Linux 8.3, is intended to offer a ready-to-use, streamlined latest computing platform, helping companies digitally evolve while maintaining their current assets in data centers.

Hybrid cloud infrastructure keeps expanding, and it is becoming handy to handle and strengthen underlying Linux systems on a network. Also, IT companies need to lower the starting threshold for using Linux, allowing implementations to be interpreted easily by system managers or IT administrators who are not comfortable with the OS. The scope of Red Hat Machine Functions in Red Hat Enterprise Linux 8.3, which provides defined and autonomous methods for handling platform setups, is growing to meet those requirements.
Kernel settings, log settings, SAP HANA, SAP NetWeaver, and management are among the latest enabled functions. System functions make standard and diverse implementations in Red Hat Enterprise Linux more reliable, reproducible, and accessible, even in extensive IT systems, to individuals with different capacities.

How to secure your container deployment?

The protection of the authenticity of containers is part of their security plan. This plan encompasses everything from the applications they maintain to the underlying technology. Container security must be seamless and consistent.
Containers are prominent because they make it easier to create, bundle, and facilitate an application or service and all its requirements across the entire lifecycle and various ecosystems and implementation goals. However, container security comes attached with some known problems. For example, the application support needs improvement, and there might be reliability issues. Setting up a hybrid environment is bound to bring heavy-duty trouble, but once all components are in place – it works and can quickly reach a status of ‘best practice.’ Teams ought to consider the demands of this tech for networking and regulation purposes.
Container security is substantial because of the reduced exposure of sensitive data being set in containers.

Security of images when deploying containers

Containers are made of file layers, also called “container images.” For security reasons, the foundation image is the most significant one since you use it as a reference point to construct derived images. Container protection begins with identifying reliable sources for referenced images. Adding applications and making software updates can create new parameters, even with trustworthy images. When taking in external content to create the applications, you need to consider employing strategic content management. For this, you may need a VPN as a developer and as someone working remotely. Please look at the detailed Surfshark review and see the benefits of secure external content with Linux containers. Also, VPN will help you create an extra security layer if you are concerned about privacy, which is another dimension you need to control, as we will mention next.

The next phase is to control both access to and distribution of all container images that your team uses after acquiring the images. You are better off preserving both the photos that you install and the ones you create. Using a private registry helps you to monitor access by role-based activities while at the same time letting you handle information by assigning the container to metadata. Data such as defining and monitoring identified vulnerabilities arrives through metadata. A private registry also allows you to optimize and distribute policies for the images of the container you have saved, eliminating potential mistakes that can add bugs through the container.

Deployment is the last stage in the pipeline. You ought to deploy as per industry guidelines until you have finalized building the containers. The key here is to learn how to optimize security-related flag build policies, primarily when experts identify new security flaws. When implementing vulnerability scanning, because patching containers are still not as good as a rebuilding fix, you better include policies that cause automatic rebuilds into consideration. The first part of this process is to operate on component analysis instruments to monitor and flag problems. The second segment is the development of software for autonomous, policy-based implementation.
Suppose you follow these steps and take additional security measures. In that case, container technology will continue to work toward increasing your operations environment’s safety and the performance of your crops-team effort. 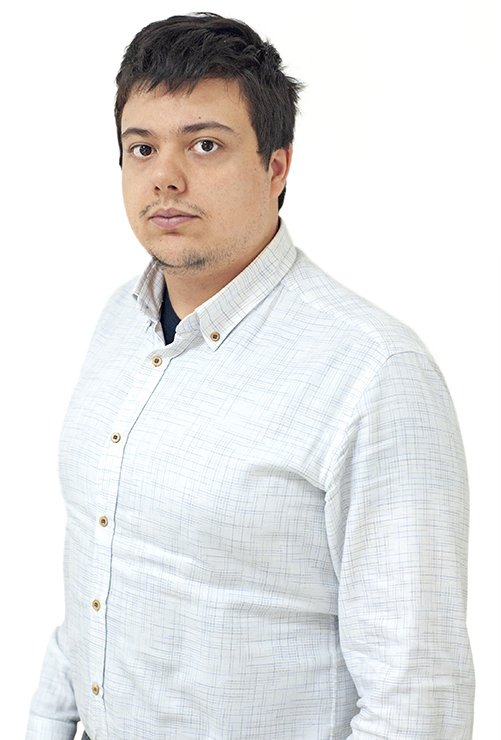 Everyone in the IT industry is well acquainted with the inevitable time we spend on average staring at blaring pixels. Our job is tightly connected to some display, helping us...

Portable devices grab our attention more than ever before, and we wonder what the effects of these gadgets will be on the lives of the younger generation. As we analyze...

The rise in software/developer and remote jobs directly affects how developers have to look for job opportunities. Software developers seeking employment are not restricted to locations, time zones, payment modules,...

What Is SEO: A Comprehensive Introduction

SEO is an acronym for Search Engine Optimization, the practice of deriving organic traffic from search result pages to websites by optimizing web content to reflect on relevant search queries....

Before the digital age spread thoroughly into our lives, commerce was less dependent on regulations and business law, let alone search engine trends. Today, selling products to people that are...

Time has always been in short supply, and that especially counts in our fast-paced business environment. Many sales professionals struggle to allocate time for critical sales-related tasks. If it were possible to add a few hours to one’s day, salespeople would often take advantage of this chance. Every sales professional will readily confirm that they will do exceptionally better if they had more time.The problem,...
Read More

As web pages get more complex with more use-cases and information, the DOM gets clogged, and, therefore, it renders pages slower than it should. This condition does not work in a competitive market like web development. On developer forums like Stack Overflow, developers frequently ask questions about reducing the loading and the rendering time of web apps and improve page performance. They do so after...
Read More

What is wrong with the fingerprint?

A while ago, we were developing an application for a fortune 500 company, which wanted to secure a mobile app containing vital data with the built-in fingerprint reader on iPhone and Android Devices.Probably everybody is excited about the fingerprint tech because everyone owns a fingerprint, and each is unique. Also, these ideal security tokens conveniently stick with you everywhere you go. You don’t need to...
Read More