Why is Ubuntu the best open-source OS?

Why is Ubuntu the best open-source OS?

Аs a developer, I have been using Linux since the beginning of my career, even years before that. These types of Operating Systems make my programmer journey straightforward and trouble-free. Why? Let us find out, but before that, let me share with you a few useful topics.

What is open source?

In software development, ‘Open source software’ is software with source code that anyone can inspect, modify, and enhance. My colleagues and I use open source products, systems, and tools every day. That gives us advantages to:

Many people and I also prefer open-source software to proprietary software for several reasons. Some of them include:

Control - The team and I have more control over that kind of software. We can examine the code to make sure it’s not doing anything we don’t want it to do, and we can change parts of it we don’t like.

Security - Some people prefer open-source software because of its security advantages over proprietary software. Because anyone can view and modify open-source software, someone might spot and correct errors or omissions that even the original authors might have missed. This situation quite often occurs in real projects.

Training - It helps me to become a better programmer because open-source code is publicly accessible, and I can efficiently study it and learn how to produce better software.

Community - Open source software often inspires a community of users and developers like us to form around it. Many popular applications are the subject of meetups and user groups.

For more information, the table of open source products and applications is long, and there is not enough time to list and comment on all the products.

But let’s take a look at the Ubuntu OS.

Ubuntu has always been free to download, use, and share. It is a typical example of an Open source product. With a built-in firewall and virus protection software, Ubuntu is one of the most secure operating systems around.

The OS has multiple flavors that each have a large community. Later, I’ll show you some of them to see what each of them is optimized for.

Ubuntu is visually stunning, and you can customize your interface if you want to.

Ubuntu offers thousands of apps available for download. Most are available for free and can be installed with just a few clicks. I’m used to running a command and getting the program without installing additional packages or additional functionality. Everything happens very quickly.

What are the benefits of Ubuntu?

There are innumerable benefits to using Ubuntu, some of which I will care to list on the grounds of being familiar to most.

Because Ubuntu and many of the applications it runs are free, millions of people wherever they are in the world can use affordable computers that run not just an efficient OS, but also properly-developed applications. Many schools can’t afford Windows computers —let alone Windows 10. These and other institutions can quickly resort to the beautiful open-source Linux distro without the fear of losing productivity, beauty, or efficiency.

Gone are the days when installing Linux was considered problematic and time-consuming. Today, an average user with a little bit of reading can quickly be done with that. Even the user can apply the standard way of dual-boot his system. For those unfamiliar with ‘dual-boot,’ I share some notes about the term later in this article.

Ubuntu is customizable from the moment you install it. The latest version uses the GNOME desktop environment, which allows you to personalize virtually every single element of your UI/UX, from your notification sounds, popup style, fonts, system animations, and workspaces.

The stock Ubuntu comes pre-installed with apps to handle most productivity tasks. Music, spreadsheet, word processor you name it. However, it does have a flip side. There are also a bunch of unwanted applications for most users.

One of the disadvantages of Ubuntu is if you only use your computer for gaming, you may be better off using Windows as Linux doesn’t support nearly as many titles. However, I do believe more are becoming available.

Granted, some of the reasons Ubuntu hasn’t had that many cases of security bridges and viruses include the fact that it hasn’t been much of a target given its market share, and its users are more often than not, tech-savvy. And although Windows has seen a fair amount of security improvements, it is not yet immune to some stubborn trojans and malware.

With a built-in firewall and virus protection software, Ubuntu is one of the most secure operating systems around.

Dual-booting enables you to go from a powered-off state to a menu where you can choose which operating system to load. This menu may have one, two, or even more options, and each choice loads the environment, drivers, and system necessary for the selected option.

There are many sources on the Internet for how this process works if you find it exciting and want to implement it.

Is Ubuntu better than MacOS?

It is one of those hot debates. My answer is, “It depends.”

This topic requires a new blog article with more people in it to make it more interesting.

Be careful when you are executing rm -rf command :)

Since most Linux based operating systems are free and open-source, I recommend you try a few of them out on a virtual machine or boot from a USB. Find out which one is the best for you!

Linux Mint – Linux Mint is an Ubuntu-based distribution whose goal is to provide a classic desktop experience with many convenient, custom tools and optional out-of-the-box multimedia support. It also adds a custom desktop and menus, several unique configuration tools, and a web-based package installation interface. Linux Mint is compatible with Ubuntu software repositories.

Elementary OS – this is an Ubuntu-based desktop distribution. Very similar to macOS. Some of its more exciting features include a custom desktop environment called Pantheon and many custom apps, including Photos, Music, Videos, Calendar, Terminal, Files, and more. It also comes with some familiar apps like the Epiphany web browser and a fork of Geary mail.

Zorin OS – this is an Ubuntu-based Linux distribution designed especially for newcomers to Linux. It has a Windows-like graphical user interface and many programs similar to those found in Windows. Zorin OS also comes with an application that lets users run many Windows programs. The distribution’s ultimate goal is to provide a Linux alternative to Windows and let Windows users enjoy all the features of Linux without complications.

In conclusion, I’m going to share some amazing Ubuntu facts, and I’m sure you will find them interesting too. 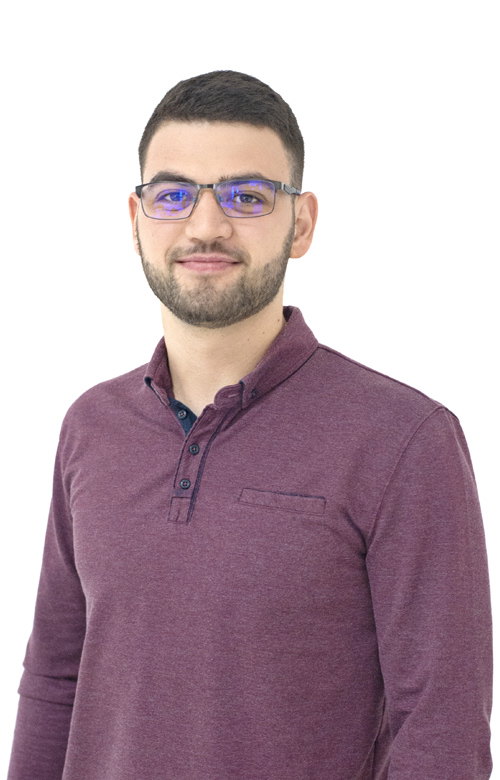 Alex is driven by achievement. While he is eager to succeed, he understands that learning is the key to success. He loves research and is open to all kind of new and challenging work, which gives him the ultimate satisfaction a software engineer can feel.
Alex feels home when working with Java or Javascript. He also loves Open-Source software and modifying the existing to be tailored to the teams needs.

Some businesses prosper during times of crisis, while others are left dealing with high-impact decisions. During the virus outbreak, industries like tourism and transportation took a hard hit, and are...

A frightening tendency threatens to undermine the real efficacy of mobile apps. After about 90 days, only about 4% of downloaded applications survive initial tests and remain in use. Most...

Influence Of Automation In Your E-commerce Business

A few years ago, if we ever heard the term E-commerce, all that one would think of is the procurement and selling of goods using the internet. But today, there...

Microservices architecture is a version of a server-side solution where available services are loosely connected but maintain high efficiency and collaboration level. The loose part means that application services can...

24 Ways To Improve Your Java Performance

When using Java to develop your sites and apps, you want to write code that isn’t just serviceable and easy and pleasurable to use. After all, you want your users to keep coming back for more, again and again. With these tweaks to your programming style, you’ll be able to get the most out of Java every time. Getting the Best Performance from Java Great...
Read More

How far has AI gotten so far?

In the movie The Lawnmower Man, a mad scientist is doing experiments on the mind of a gardener, Jobe Smith. After a series of drugs and deep dives into virtual reality, Jobe, already a much smarter version of himself, says: “I realized that nothing we have been doing is new. We have not been tapping into new brain areas - we have just been awakening...
Read More

In mathematics, there is a term called two-valued logic. It states that every statement is either True or False, and none is both. The two-valued logic supports computer logic in that one can decide about every preposition. The entire computer systems and operations depend on logic influenced by conditional statements. A statement evaluated as True or False is the simplest, most minor decision a program...
Read More