How to better assess and leverage your company’s digital transformation

Digitalization and digitization are branching off the same origin - the digital approach. For example, when you have the idea to create a business plan, both come as an essential part of the process. The two words sound very similar, yet their functions are entirely different. Digitization is when you perform a digital conversion. In contrast, digitization is about data encoding.

Digitization is the process where you convert the information into bits and bytes. So digitization is turning analogue information into digital format. And this way, the digital format will take minimal memory, and you can store the data into any digital device like cell phones or PC.
You can analyse or manipulate the data based on your requirements. Digitization is an excellent way of conversion.
For example, you hear about the Facebook katana folder. You can recover the deleted pictures and chats from the Facebook katana folder. And how is the katana folder keeping your data and images in there? This process holds the record digitally.

Digitalization of the business process is not only keeping track of your present data. With this simple process, you can preserve the integrity of your old data records and still maintain your business process without any interruptions.
Digitization is the convention of analogue data digitally. Even the old document scanning is part of this digitalization.

Let’s review some of the main differences between digitalization and digitization when presented in a head-to-head comparison:

You all know how the social media mascot Snapchat is becoming a top-rated social media platform for social media marketing. But unless you are not going to save your data as a platform’s viewer, you cannot reach the next level of marketing, find the genuine lead and convey the sales pitch to your customers.

Here are a few advantages of adopting digitization:

Here are a few benefits of adopting digitalization into your business:

Digitization is about converting your analogue or non-digital data into ones and zeroes and stored on some form of modern data storage hardware. In contrast, digitalization is about preparing your business to use digital assets and technologies.
Since both terms sound similar, people often confuse the two. After all, some of the differences are so subtle that they are indeed easy not to get. However, it is the difference between the two that defines your strategy as a business owner.

Since new digital-based techs emerge every day, entrepreneurs must consider them as an alternative option to whatever else they trust at the moment. The diffusion of such technologies into every possible industry today is inevitable. However, choosing any particular tech-based solution must come after a careful measure of all digitalization’s main advantages and disadvantages.

Are you planning to turn your traditional communication medium into a digitalization approach? We want to hear from you! 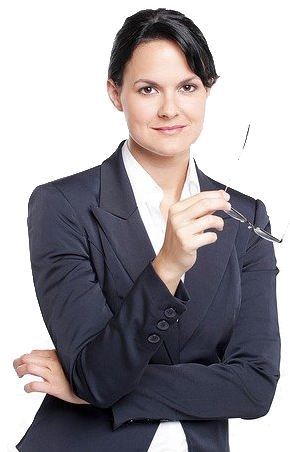 Alisha Jones is an online entrepreneur by profession and a passionate blogger by heart. She is on a mission to help digital businesses grow online. She shares her journey, insights, and experiences at Online Health Media & Follow The Fashion. If you are an entrepreneur, digital marketing professional, or simply an info-holic, then this blog is for you.

Digitalization turns hospitals into healthcare companies: this is the best way to continue to win and retain stuff, with attractive, digitally supported process.

Why Your Business Needs Information Technology

Information Technology (IT) infiltrates businesses of all sizes and industries. If your company has benefited from innovative technology in any way, you know that one of the outcomes is the...

Digitalization and digitization are branching off the same origin - the digital approach. For example, when you have the idea to create a business plan, both come as an essential...

Sort algorithms and their implementations

Search algorithms and their implementations

UI/UX is quite a common term in the design industry. However, many designers fall under the UI path, focusing exclusively on interfaces, layouts, and the websites or apps overall visuals....

I believe that digitalization has only begun in China. In addition to the taxi, transport, shopping, and hotel business, many other industries will follow: education, health care, administration, even the legal branch – everything, really. There is still a lot of opportunity in China for the inventive and ambitious ones.

How to have and keep a rock star development team

Let’s face it - managing a team of developers can be challenging. Developers are expensive, picky, and some managers even go to the extent of calling them lazy. In the end, though, developers are people, and they have their reasons for everything they do or don’t do. Stages of Team Development Historically there always have been theories about following a model when building a capable...
Read More

CSS: Working with Links and Images

At the heart of web design are anchor and image tags. How to work with and manipulate images and HTML links? This question is trendy among front-end developers. Anchor tags are very important to web design. They give meaning to the word, World Wide Web. They are the links that connect web pages in a spider-web like structure, allowing users to move seamlessly between pages...
Read More

First things first: Git and Github are two different types of software. Let us straight jump down into defining what they are, and the base characteristics on how they work! Version Control Git is an open-source, version control tool, created in 2005. It is also known as source control. Version control is a system that tracks and records changes made to a file over time....
Read More