Business Stakeholder: I would like to have this done by tomorrow.
Developer: As we work in Scrum we can do it no sooner than in the next Sprint, sorry. And please contact our Product Owner to follow up on your request.

Often this is how the journey begins: Scrum, Sprint, Product Owner, and the set of all the other strange-sounding terminologies.

Business Stakeholder: And how come they will not do my task for tomorrow?
Product Owner: Well, they simply won’t. Here is how it all works;

Scrum is a framework—neither a method nor a methodology. Scrum is described as an agile way to manage a project. Its primary purpose is to address complex adaptive problems and deliver products of the highest possible value and standards.

If you pay attention to the Scrum Guide, the definitive guide to Scrum, it doesn’t say a word about software development. So you can even talk to your spouse and decide to implement Scrum at home. Instead, it’s about values, events, artifacts, and rules that bind events together. No matter which department you work in or what kind of project you manage.

Scrum is founded on empiricism, so knowledge comes from experience and decisions on what is known at every given moment in time. Scrum uses an iterative and incremental approach combined by three pillars:

Each Scrum Teams’ primary objective is to build trust towards all stakeholders by implementing the three above pillars.

Now, you might be wondering where it all begin? Well, Scrum has seen a huge revolution ever since its introduction in 1995, which has led it to understand the basis of success; empiricism.

It was first introduced at the Easel Corporation. An article was published in 1986 called ‘The New New Product Development Game,’ which compared approaches of Rugby and how a whole team surrounds a ball to ensure it doesn’t go back and forth.
The article compared companies putting this same technique. Big companies like Honda, Canon, etc., have used team-based product development to generate superior results. It also talked about what role self-organized teams and management play in development. In 1993, this article became the basis of the concept called ‘Scrum.’

In 1995, ‘The Scrum Development Process’ paper was first published, which was done with the help of two new members who had joined forces with the initial three.

In 2001, 15-17 new associates got together to form the Agile Manifesto, which then became an invitation for software developers to take action to create a unique approach to building software. The implementation of the Scrum framework also begun, creating highly capable teams for organizations across the world.

In 2002, a ‘Scrum Alliance’ organization was found, which developed and launched its highly successful program called Certified Scrum Master.

In 2006, Scrum Inc. was created and continued teaching Certified Scrum Courses. In 2007, the ‘SAFe Framework’ was developed. Finally, in 2009, Scrum org. was introduced, which offered the Professional Scrum Series.

Then after years of research, Dr. Dave Cornelius presented his Ph.D. study on the Scrum value in 2014, naming it “The Value of Scrum to Organizations.”

Finally, in 2016, the first fully scalable Scrum was formed. Scrum recognized the need for a system of teams and product owners for strategy-related discussions with the stakeholders and the Scrum team’s prioritization.

Ever since, Scrum continues to evolve and develop into a better version of itself, providing its users with incredible teams and satisfied clients.

Speaking about Scrum Teams, three main roles make up the team – a Product Owner, the Development Team, and a Scrum Master. They run the magic behind Scrum’s very success story, and the Scrum Guide precisely describes their obligations and relations, but let’s briefly look at the roles.

With the Development Team, it seems to be quite straightforward. A team of  3-9 professionals develop a product by delivering potentially releasable Increments at the end of each Sprint. They have all the skills necessary to create a product Increment, which makes them cross-functional and self-organizing because no one can tell the Dev Team how to turn Product Backlog into Increments.

The development team is considered a self-organized team because they are independent to make decisions regarding the work. This gives them the space and freedom to do what is needed to get the work done! However, this does not mean that the organization is being disrespected. Rather, the team working closest to the product is empowered to make decisions to fix all problems.

The responsibilities of the development team are simple; they have to deliver through the Sprint, and they have to lead the ‘daily scrum’ meeting with complete transparency. Everything related to work, success, issues, and blockers, should be communicated during the meeting.
The development team does the work, and they are not only a team of engineers, as one might assume. Rather a team of professionals such as designers, programmers, writers, and yes, engineers too.
However, there are two more things worth noting. First, Scrum doesn’t recognize any other title in a Team other than a “Team Member” role classification. If one member is a Programmer, another a QA Engineer, and yet another UX design, they are still called a “Developer.”
Also, Scrum recognizes no sub-teams within the Development Team. To these rules, there are absolutely no exceptions.

So what is there left for a Scrum Master?

Surprisingly? A lot. The Scrum Master ensures that everything stated above is accurate and that Scrum’s daily routines are followed meticulously.
Most people find it most confusing that the Scrum Master doesn’t manage people but the process itself.
The Scrum Master is the glue that is holding everyone together, so basically, they are helping define the value to the PO, helping deliver it with the Dev Team, and ensuring that the Scrum Team only gets better. They mostly work with the PO, providing them with the necessary help. The help can be in the form of communicating value, management of the backlog, or just general help.
According to the Scrum Guide, the Scrum Master doesn’t have any superior power or rights but is equal to all other team members. This role is usually described as servant leadership. The Scrum Master serves the team in several ways, including:

The Scrum Master also supports agile transformation in an organization and shares agile knowledge with others.
However, that is not the end of their responsibility. The Scrum Master focuses on the following;

Besides this, the Scrum Master is just the helper of the team. Whether it is the PO that requires help or the Dev Team, the Scrum Master is there to take over the responsibility. The scrum master ensures that every opportunity for improvement is communicated to the scrum team and that the retrospective produces a clear set of results that can be implemented.
The above is the basic role description in a Scrum Team. Further, let’s have a look at Scrum Events.

Scrum Teams work in so-called Sprints.
Somehow you can compare it to running towards a Sprint Goal at a sustainable pace. The Sprint starts right after the previous Sprint conclusion and lasts between a week and a month. Usually, it is a one or two-week cycle. Throughout a Sprint, it is not allowed to make any changes, which could endanger the goal of the Sprint. This is why any request for features needs to wait till (a least) the following Sprint.

How does a typical Scrum Sprint work?

Sprints last a week and top a month, starting with Organizing The Backlog, Sprint Planning, Daily Scrum Meetings, the actual development work, the Sprint Review, and the Sprint Retrospective. The next Sprint begins right after the conclusions of the previous one. The whole Sprint lifecycle is illustrated below.

Once completed, the process moves on to the last step, the Definition of ‘Done.’

Another significant thing about working in Scrum is the Definition of “Done.” Everyone in a team must understand what “Done” means. The Definition of “Done” is used to assess when work on product Increment is complete.
As Scrum Teams mature, their Definition of ”Done” evolves and includes tighter definitions of the strict criteria of increased work quality.
Implementing only parts of Scrum is theoretically possible; however, the output won’t be Scrum and is usually referred to as a “Scrum-ish” way of working.

The roles, events, and rules of Scrum are invariable; hence Scrum exists only when entirely employed.

CodeCoda development teams work entirely based on proven ways of management of software development projects. Therefore, either Scrum or Kanban, high-quality software is a must and deeply rooted in our company culture. 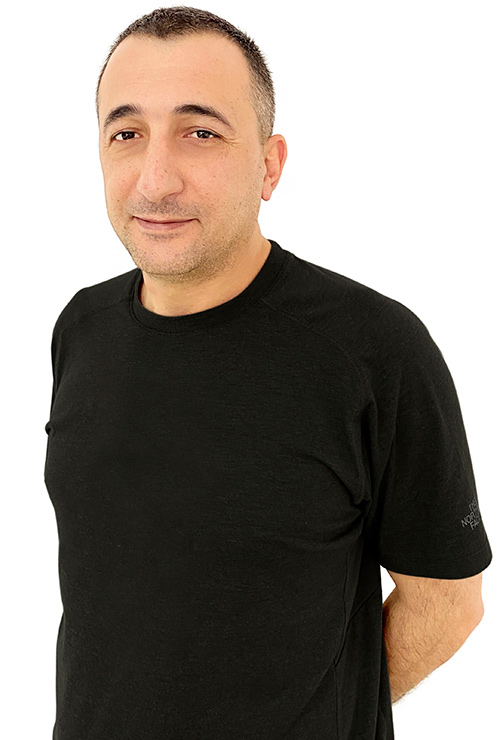 Nashat fills the role of the Chief Technology Officer at CodeCoda. Nashat, with his previous roles ranging from Software Engineer, Architect, over Project Manager to CTO at a top eCommerce company, brings with him nearly 25 years of valuable industry expertise. He is a self-motivated, highly skilled and capable person, that once added to a project provides value and key expertise.
His experience in the full range of software development works as an asset to our client's software developments, which he follows through with strong attention to detail and an innovative ambition that drives key changes.

Potentially shippable is defined by a state of confidence or readiness, and shipping is a business decision.

Changing your website’s domain name may bring a mixed basket of selected positive and negative effects to your business. Although there can be multiple reasons behind the decision of domain...

Future of Web Development - 8 Trends to Consider in 2022

Web development has been around for decades now. It’s an ever-evolving field where new technologies are constantly being introduced ever since the boom of personal computers. The web is also...

Search algorithms and their implementations

The Principles behind the Agile Manifesto

Every company out there eventually acquires a process that becomes embedded in their culture. CodeCoda’s belief in excellence has brought the Agile manifesto as a most vital day-to-day tool. We...

How eCommerce Created Revolution In The Business World

Changing practices is one thing; changing minds is quite another.

10 PowerPoint Templates for your eCommerce Store

The use of PowerPoint Presentations is not only confined to educational lectures and reports. More so, it is a productivity tool for project presentations, pitch decks, and corporate meetings. With such a presentation designer, businesses find it easier to moderate visual demonstrations. As visual graphics and imagery remain popular tools in advertising, businesses also take advantage of PPT in this area.  Besides a factor in...
Read More

Have you long been using CSS to build some attractive web designs and layouts? Are you familiar with how CSS can help rejuvenate a bland webpage to create something enticing? CSS is much more than using those fancy fonts and creating backgrounds. No matter how long you have been using CSS to create powerful designs, there could still be some undiscovered features and CSS properties...
Read More

eCommerce Guide: From Idea to a Working Online Solution

Are you getting yourself ready to launch your eCommerce project? We can help you nail every aspect of the process, and it is a long process. Let us start by including all the usual suspects that make the miracle of online selling possible. Your existing eCommerce project can benefit from the benefits possible by cutting-edge technology? We can help you plan and execute your transition...
Read More