Top 10 most popular JavaScript frameworks in 2021

What is the best JavaScript Framework, and why?

Top 10 most popular JavaScript frameworks in 2021

Unique web app features become possible when developed as part of a robust framework. Software engineers choose the libraries and tools that best suit the final goal, and everything necessary to achieve it. Web solutions traditionally involve a custom approach, and consequently – a custom network. Since JavaScript frameworks are notoriously useful for building websites, web creators prefer them. But what framework is best for what project? Here’s what we found out.

JavaScript (JS) is an interpreted, lightweight, or just-in-time (JIT) compiled programming language, which utilizes first-class functions. JavaScript can undoubtedly be called the most popular programming language when it comes to building web pages and web applications. Not only that, but non-browser environments have widely used it. Some of the famous examples include Apache CouchDB and Adobe Acrobat. JavaScript is a prototype-based, dynamic language, which happens to be multi-paradigm and single-threaded. It supports imperative, object-oriented, and declarative styles.

The criteria that we are going to use to stack up these 10 most popular JavaScript frameworks include:

The top 10 JavaScript frameworks according to our above-discussed criteria are as following:

While React might not be the earliest JavaScript framework in the industry of JS-based web frameworks, it is, for sure, the most powerful and disruptive framework at the moment. React was created by Jordan Walke and a group of Facebook engineers. React is a component-based framework with only one-way data flow, and react single-handedly changed the way front-end web development is done.

From the day JavaScript was created, there have been several attempts to use JS in server-side development. Still, none of them was very successful until 2009, when Ryan Dahl, created an asynchronous and event-driven server-side JavaScript runtime framework called Node.js.

This brought JavaScript into the territory of server-side development, and from that day onwards, JavaScript and Node.js shot up in popularity. With many frameworks and libraries, including node package manager (NPM), node.js has left behind many more developed frameworks owing to its asynchronous and event-driven nature. Node.js is lightweight with a fast runtime, making it one of the best.

AngularJS was created by Google, as one of the earliest JavaScript frameworks, but the advent of frameworks like React exposed the design flaws that existed in AnuglarJS. It was in 2016 that the google team stroke back with an all-new SPA framework and called it Angular. While it might sound similar to the last one, these two are very different frameworks. Angular is slowly catching up to all the hype that frameworks like react and node.js enjoy, and it won’t be long before it might surpass them.

There was one thing that was common amongst all three of the frameworks we discussed before, and it was that they are all being backed by some huge tech giant, which ensures their continuous development and keeping them up to date. Vue.js, on the other hand, was created by an ex-Google engineer Evan You. You made the Vue.js by bringing together all the best parts of different JS frameworks that include view layer from AngularJS and virtual DOM from React. It is now considered one of the easiest frameworks that developers can use to work on front-end development and write SPA applications with minor effort.

Vue.JS can work as an end-to-end framework with routing having the capabilities of both, i.e., state management like Angular or a view layer like React.

As we have established before that React is a very unopinionated framework where React-Core only offers the view layer. This left room for a framework that is based on React but is an end-to-end opinionated framework. That is where Next.js comes in, created by Tim Neutkens and a group of other engineers from a Dutch company called Zeit. Next.js is an end-to-end higher-level web framework on top of React and Node.js. It offers both static websites for desktop, mobile devices, and web as well as server-rendered.

Meteor happens to be the first isomorphic, and open-source full-stack JavaScript framework creating by a group of engineers in 2012. Meteor is wholly based on node.js and supports building end-to-end applications for all major platforms, including web, desktop, and mobile. Meteor also integrates well with front-end development frameworks like react etc.

Svelte was a groundbreaking idea ever since its inception, developed by a Guardian software engineer named Rich Harris. Svelte is a JavaScript framework with no framework-specific runtime. The main idea behind this creation was to use the svelte compiler, which would help compile the code that was framework specific to plain JavaScript or HTML and would be able to render the compiled code to the browser. While the concept was not new, it was a relatively unexplored field in front-end development. It also features first-class support of reactivity, which makes it faster with improved performance. Svelte must be one of the best front-end development frameworks in the market as of now.

Ember.js is a highly opinionated, end-to-end framework created by Yehuda Katz from Apple in 2012. It is inspired by the principle “Convention over Configuration” from Ruby on Rails. It happens to be a strictly backward compatible framework and has offered no significant changes ever since its inception. While other structures from that time have entirely vanished from the development community, ember stills stand due to its reliability and productive framework.

While it is easy comparing all these frameworks based upon their features, but there can be no specific answers as to which one of these ten is the absolute best and the go-to solution for every problem. This is because there is not one. While they all perform somewhat similar functions, all of them have one or two features that are specific to them and gives them a competitive advantage over others. These powerful features make it challenging to choose one framework from all of these. At the end of the day, it melts down to the nature of your application. At that moment, the framework that suits your requirements the best is ultimately the best framework of these all. 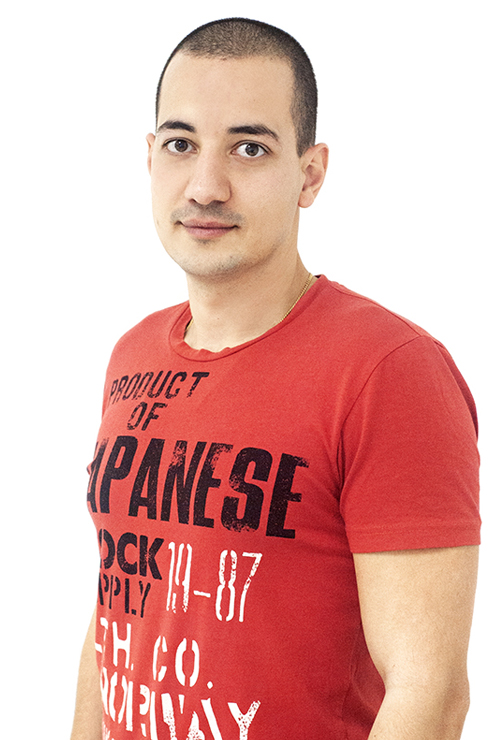 Petar is a unique and extremely versatile software engineer with an immensely wide range of technologies he tackles within his day-to-day work. He is dubbed the fixer since computer code speaks to him like an open audiobook. Petar is the go-to person for when developers need advanced tips or high levels of individual contribution.

The kind of programming that C provides will probably remain similar absolutely or slowly decline in usage, but relatively, JavaScript or its variants, or XML, will continue to become more central.

Designing a logo for your website is a complex task and an essential cornerstone of your brand identity. Logo design can be an intimidating process for those who never went...

Cybersecurity and AI in Health Applications

Cyber-crimes affect companies from all industries like IT, Legal, Education, Manufacturing, Finance. Healthcare is one of the most targeted since this sector relies on the perpetual exchange of big volumes...

Press Release: San Francisco, May 17th, 2021 - Developing custom software for businesses and its related services are one of the most sought after IT services of the season and...

Today, outsourcing is a part of business, and avoiding it is futile. Here we discussed what impact this type of business management brings to development. Having processed the information, we...

eCommerce during and after COVID-19

Since signs of COVID-19 first became a public matter, leaders from all industries knew there was a significant change coming. However, even when the big ripples resonate down to bearable...

JavaScript is the only language that I'm aware of that people feel they don't need to learn before they start using it.

Understanding the fundamentals of a Cloud Computing Architecture

With cloud computing becoming more popular these days, a good understanding of fundamental cloud architecture has become a paramount skill needed by various professionals such as software engineers, data scientists, IT specialists, and some non-technical professionals. Creating a cloud environment can be a tasking job, especially for those with little knowledge about cloud services. Here, we will look at the basic knowledge required to construct...
Read More

Text to speech with Javascript

Text-to-speech (TTS) is an assistive technology that has gained much popularity over recent years. It is also referred to as ‘read aloud’ technology because TTS pronounces all the written words. TTS has been incorporated into many websites, apps, and digital devices. It is a notable alternative to plain text, extending the reach of content and broadening the audience. Today, TTS grew beyond an alternative for...
Read More